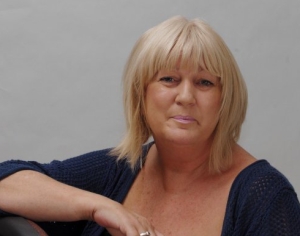 Hilary Scott is a former national and local food journalist and reviewer. She has also been a food festival compère for several years, commentating on celebrity chef demonstrations on stage and judging many cookery competitions.

Hilary loves to cook and bake (along the way she has cooked in Michelin-starred kitchens and devised recipes too) – but she prefers to be taken out for dinner! 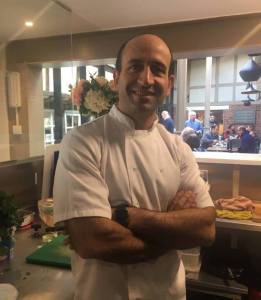 Eddie is the chef at the popular Eliane’s on Hungerford High Street which specialises in healthy, tasty dishes. His menus have a mediterranean influence and are always colourful, mouth-watering and nutritious.

Lanie runs the monthly Community Market in Hamstead Marshall Market and is an expert local jam maker. She has kindly been our preserve judge for several years.

We are delighted to announce that the judges of Hungerford Cook-Off! 2016 will be:

Carole worked on Fleet Street as a features subeditor and writer, first at the Sunday Telegraph and then at the Mail on Sunday. After a career break to raise her children, Carol joined the Newbury Weekly News where she edits the paper’s Out&About lifestyle magazine and writes regular restaurant reviews and cookery columns.
asdas
Carole’s interest in food and cookery was inspired by her mother, a brilliant home cook, and piqued by the Roux Brothers recipes the Sunday Telegraph.  “It was a revelation in how simple ingredients could be made special, even for an omelette”. says Carole. “Ever since then, I have been absorbed by recipe books, cookery programmes and cooking for the family.”
a
Sue Jones – co-owner of Michelin-starred The Harrow at Little Bedwyn

Sue Jones is the co-owner of The Harrow at Little Bedwyn which has held a Michelin star for over 10 years.  Her husband Roger is the Chef and together with Sue, they have run The Harrow for 18 years.  What started as a whim to own a restaurant, turned into a long-term obsession with food and wine.  Sue is in charge of the restaurant and is passionate about good food, quality ingredients and encouraging young chefs and local producers.  When not immersed in the restaurant, Sue loves to read, drink wine and travel as far away as she can.
a 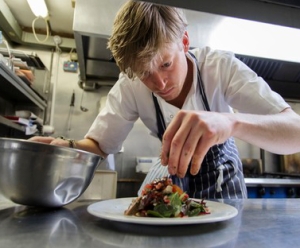 Ollie Hunter – Chef and co-owner of The Wheatsheaf in Chilton Foliat, and Masterchef semi-finalist 2013. After the MasterChef competition, he started up his own street food company in Brixton, serving the regular market every day at the same time as doing Pop Ups, Festivals and private parties.
After 6 months travelling, Ollie and his wife Lauren then took over the Free House of the Wheatsheaf, specialising in local ingredients such as organic meat, charcuterie and vegetables from his parents farm, Hungerford Park. Ollie and Lauren have grand visions to make the pub the most sustainable in the UK (as well as hosting live music with music studios, and an art gallery that can host gigs, parties or studios for artists).
sdf